View wishlist
No products in the basket.
£0.00 Basket
Menu

The purple variety of quartz, amethyst is believed to be both healing and calming, promoting balance and peace. Wearing an amethyst can also be a symbol of personal empowerment and inner strength. The vibrant and stunning amethyst has always been a desirable stone and can be found in the collections of royal families throughout Europe and Asia.

If you’re a February birthday girl or you’re shopping for one, it’s definitely worth considering a piece of jewellery set with her birthstone. Rich in legend, history and meaning, it continues to be one of the most popular birthstones globally.

From the palest lilac and even pink to deep purple, amethyst is formed from quartz, one of the most common minerals on the planet. Its colours are formed from iron impurities in the rock.

Amethyst is thought to have a number of qualities including clear-mindedness, strength, peace and stability. It is said to be one of the most powerful of the healing stones, giving off naturally tranquillising energy and improving insomnia. Wearing it as a pendant necklace close to your throat or heart is thought by some to channel its powers through your airways and blood stream.

Amethyst ranks a 7 on the Mohs hardness scale. This means it is not as hard as gems such as rubies or diamonds but harder than gems such as some garnets and is perfectly fine for daily wear in jewellery. A soft cloth or brush and mild soapy water is the safest way to clean your amethyst jewellery.

Lab-created amethysts have the same chemical and physical properties as its natural counterpart and have been around since the 1970s. In some cases, it can be very difficult to tell the difference so always ask the seller if the stone is natural or synthetic.

As well as the February birthstone, it is traditionally given as a sixth wedding anniversary present.

The name amethyst is derived from the ancient Greek word ‘methustos’ or ‘amethystos’ which means ‘not drunk’. The ancient Greeks believed the stone could cure drunkenness and would carry a piece when drinking to boost resistance. Because of its wine-like colour, early Greek mythology connected the stone with Bacchus the god of wine. It was also believed to keep the wearer clear-headed and quick-witted in battle and in business affairs.

Amethysts used to be incredibly rare, commanding similar prices to diamonds. Along with diamonds, emeralds, rubies and sapphires, they were once part of a collection of five gemstones called the ‘cardinal gems’, considered to be the most precious of all gems. However, significant discoveries, particularly in South America, means the stone is now much more accessible.

Famous names to adore amethysts include Cleopatra who wore an amethyst ring engraved with the image of the Persian sun god Mithra. Catherine the Great (Empress Catherine II of Russia, 1729–1796) also had a penchant for the stone and adorned herself with amethyst necklaces, earrings and bracelets. English kings and queens have worn the gemstone since the middle ages and the famous jewellery afficionado Wallis Simpson, Duchess of Windsor (1896–1986), made a memorable statement when she wore a lavish Cartier-designed amethyst bib necklace to a gala in Versailles in 1953. 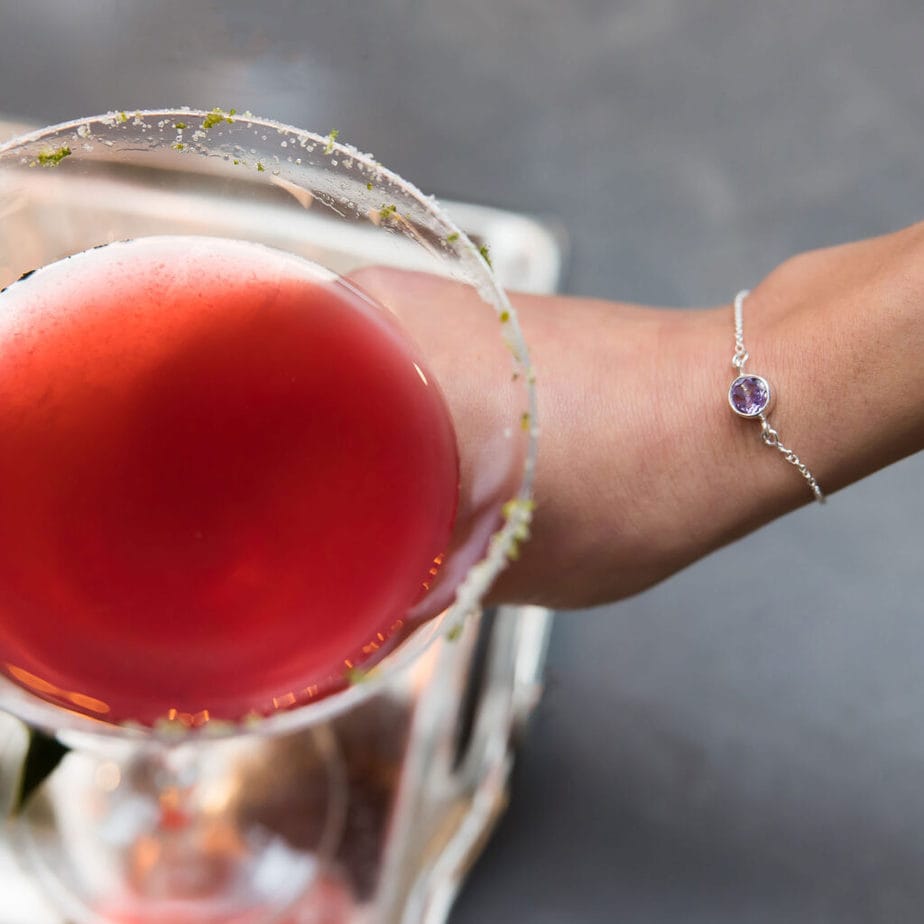 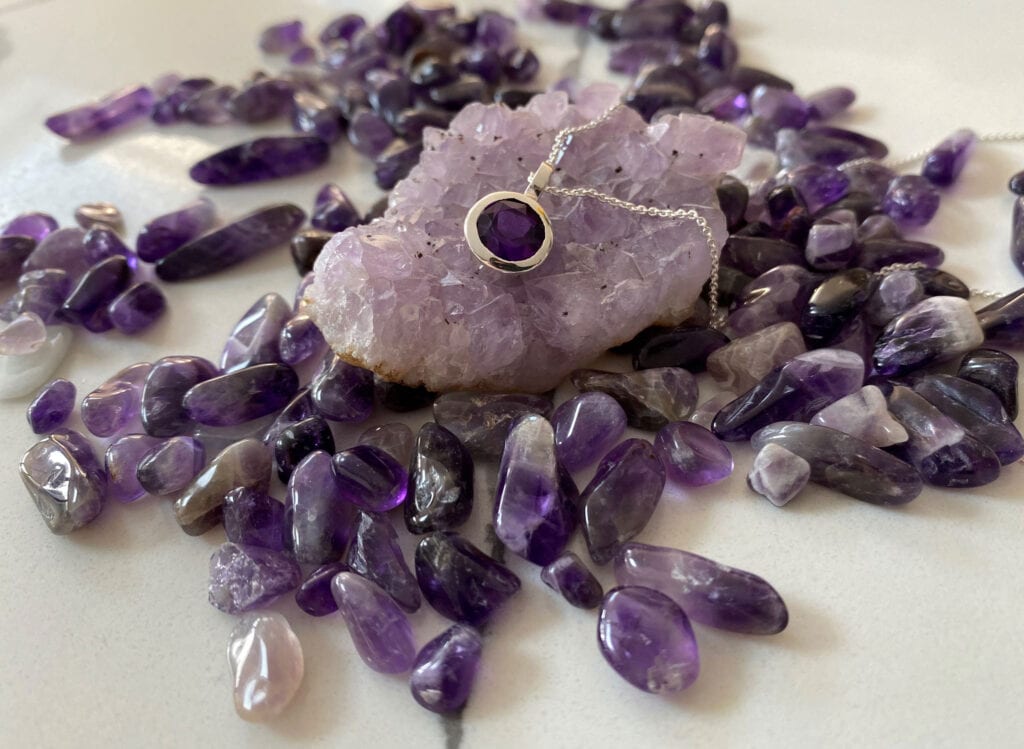 What is amethyst and where can you find it?

Until the 19th century, Russia was the main source of amethyst until large deposits were found in Brazil. Today, the largest sources are in Africa (such as Zambia’s Kariba mine) and South America. It is also found in countries such as Canada and the USA – Arizona, just outside of Phoenix and spots in North Caroline, Montana and Colorado.

In nature, amethysts form in long prismatic crystals in geodes – a small cavity in a rock lined with crystal or other mineral matter. In volcanic rock, as the rock cools, the mineral-saturated water, gases and volcanic material distil and crystalize. When the crystals harden, they form amethyst. Amethyst is a transparent stone and its purple colour tends to darken towards the top point of each crystal. Its colour tone is determined by the amount of iron within the rock.

Geodes are usually no larger than a fist or even a football, but some can grow to be very large. One such geode on display in the National Museum of Scotland is nearly 2 metres high and weighs 1 tonne. It is thought to be 130 million years old, formed in lava during a period of volcanic activity in the Rio Grande do Sul, Brazil.

The lovely purple colour is sensitive to light so will fade if it’s exposed to sunlight for long periods of time.