One of the oldest known gemstones, it is said that peridot crystals bring the wearer peace, restful sleep and good health. It is also believed to boost mood and enhance creativity. Set in silver, this lovely green gem makes gorgeous, eye-catching jewellery – perfect for August birthday girls.

This gemstone is one of only a handful of stones that is found in one colour and it varies from pure green and olive green to a yellowish or brownish green. The shade and depth of green present in peridot depends on the amount of iron present in the stone, and the deeper and purer the green, the smaller the amount of iron.

Peridots range from 6.5 to 7 on the Mohs hardness scale so they can be a little softer than other gems. Be careful how you store your peridot jewellery and keep pieces away from harder gems so they don’t get scratched or fractured. A soft cloth and warm, mild soapy water.

The pure peridot green was highly prized by admirers long ago because it was often thought to be emerald – high praise for the peridot. In fact, jewellery historians are now convinced that the majority, if not all, of the emeralds that Cleopatra was famous for wearing were not actually emeralds but deep green peridot stones from Egyptian mines. Long ago, some believed that peridot would protect its owner from ‘terrors of the night’, especially when it was set in gold. Others would string the gems on donkey hair and tie this around their left arms to ward off evil spirits.

As well as the August birthstone, peridots are traditionally given as a 16th wedding anniversary present.

The national gem of Egypt, peridot is one of the oldest gemstones recognised by ancient civilisations. Papyrus scrolls reveal that Egyptians mined peridot on the island of Topazios (now St John’s) in the Red Sea as early as 1500 BC. The Egyptians called it the ‘gem of the sun’ because of the bright glow it emitted when it was being mined and because of the flashes of golden brilliance seen within the gem.

Ancient Romans referred to the stone as the ‘evening emerald’ due to its green colouring that remains constant, even in low light. Ancient Hawaiians believed that the peridot stones spewed by active volcanoes were the tears of the volcano goddess, Pele.

A gem of myth and legend, the word peridot is believed to originate from the old French word peritot or the Arabic word faridat, meaning ‘gem’. There are also references to it as Chrysolite, including in the bible. This is taken from the Ancient Greek word ‘chrysolithos’ which means golden stone.

Today, the largest and most expensive peridot comes from St John’s Island in Egypt. It is 311.78 carats and weighs in at 62.35 grams. It is on display in the Smithsonian Museum in the USA. 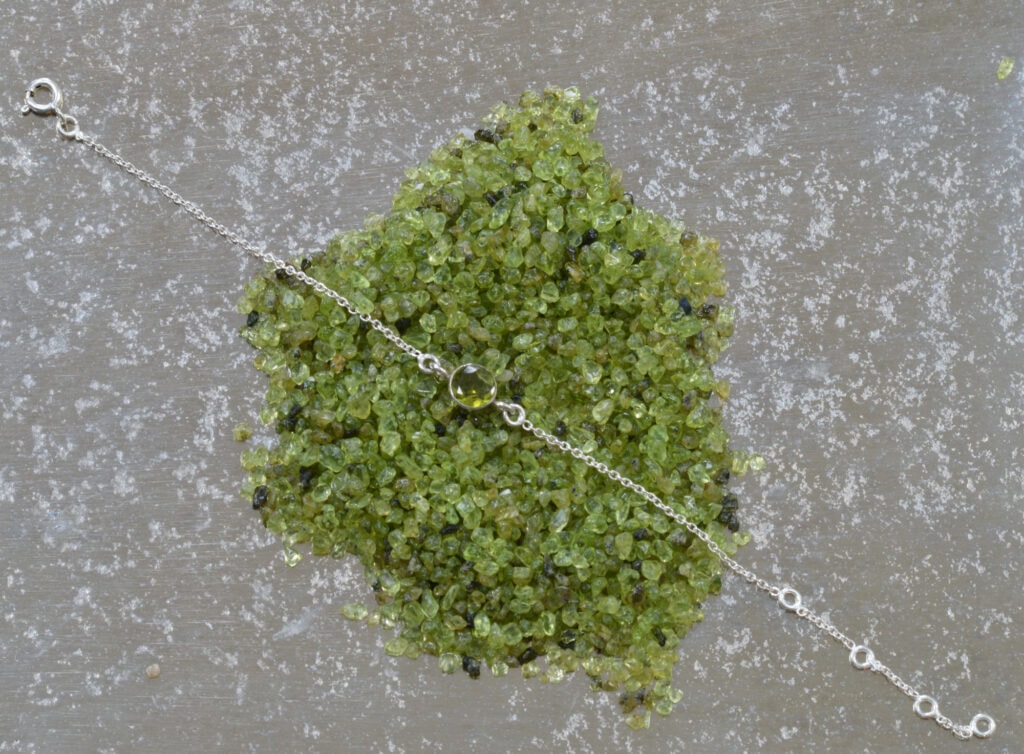 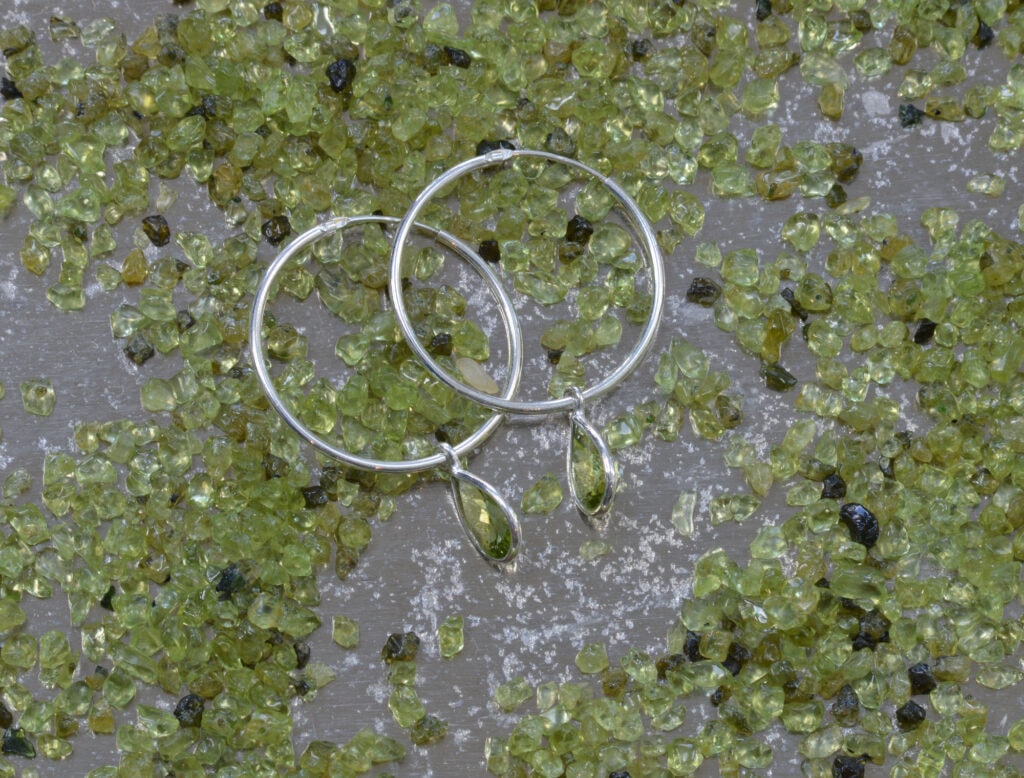 What is peridot and where can you find it?

Peridot is a variety of olivine and, unlike many gemstones whose colour results from trace impurities, it comes from the composition of the mineral itself – magnesium and iron. The deeper and purer the green, the smaller the amount of iron.

The gem occurs in volcanic rocks (basalts), lava, within the earth’s mantle and in meteorites! In 1749, one such meteorite was found in Siberia which yielded many peridot crystals big enough to create jewellery with. It is believed it fell to the earth’s surface as early as 14.8 million years ago.

Peridot is found all over the world although some of the best quality stones come from Egypt, Myanmar and, recently, Pakistan. New sources of peridot include Arizona, Mexico, Oregon, Norway, Pakistan, Russia and Sri Lanka.