As the birthstone for January, garnet is said to bring love, luck, health, loyalty and friendship to people who are born this month. It looks stunning set with silver as a necklace, earrings or bracelet, making it an ideal jewellery gift.

Although garnet is usually associated with the colour red, garnets may be found naturally in most other colours. The garnet family is one of the most complex in the gem world as it’s not a single stone but made up of several stones. In the jewellery world, garnets are fascinating to work with not least because the huge colour spectrum enables them to keep up with changing style and colour trends.

However, because the red variety is so striking, it’s still the one most often used in jewellery. Its sparkle can be so intense that gemmologists sometimes refer to it as ‘fire’.

Garnets range from 6.5 to 7.5 on the Mohs hardness scale so they can be a little softer than other gems. Be careful how you store your garnet jewellery and keep pieces away from harder gems so they don’t get scratched. In turn, garnets can scratch softer gems such as pearls. A soft cloth or brush and mild soapy water is the safest way to clean your garnet jewellery.

Some believe that garnets are a protective stone and that a piece of garnet jewellery will protect the wearer from injury. This made the stones particularly popular amongst warriors and royalty. Red garnets are also connected to vitality, love and light.

Before she got engaged to Prince William, Catherine Middleton often wore a pearl and garnet gold ring, representing both her birthstone (garnet) and his (pearl).

As well as the January birthstone, garnets are traditionally given as a second wedding anniversary present.

The name “garnet” originates from the Middle English word ‘gernet’ meaning dark red. In turn, this may have come from the medieval Latin word ‘garanatus’ meaning ‘seedlike’, possibly in reference to a pomegranate, because of the similarity of the red colour of the Pyrope and Almandine varieties.

Garnets have been used as gemstones since the Bronze Age. Necklaces studded with red garnets adorned the pharaohs of ancient Egypt and signet rings in ancient Rome featured garnet intaglios that were used to stamp the wax that sealed important documents. The clergy and nobility of the Middle Ages had a preference for red garnets and in ancient Persia, only the royal family was allowed to own and wear this highly revered gemstone.

An antique pyrope hair comb (housed at the Smithsonian) is one of the most famous pieces of garnet jewellery and was created in the Victorian era. A large rose-cut garnet sits at the crest and the garnets that decorate this tiara-like jewel came from the historic mines in Bohemia (now part of the Czech Republic).

According to Indian astrology, garnet helps eliminate the negative feelings of depression and guilt and instil greater self-confidence and mental clarity to promote creative thinking and peace of mind. In ancient and medieval times, gems like garnet were also thought to be remedies for inflammatory diseases and to soothe an angry heart. 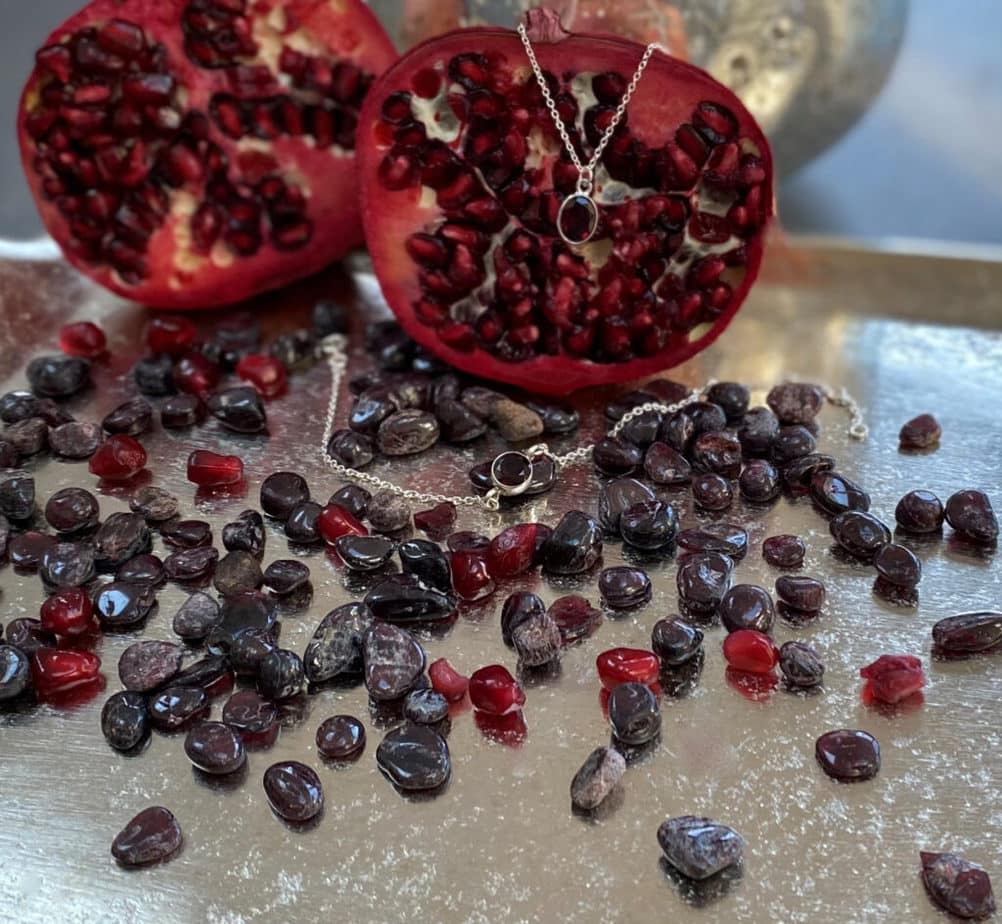 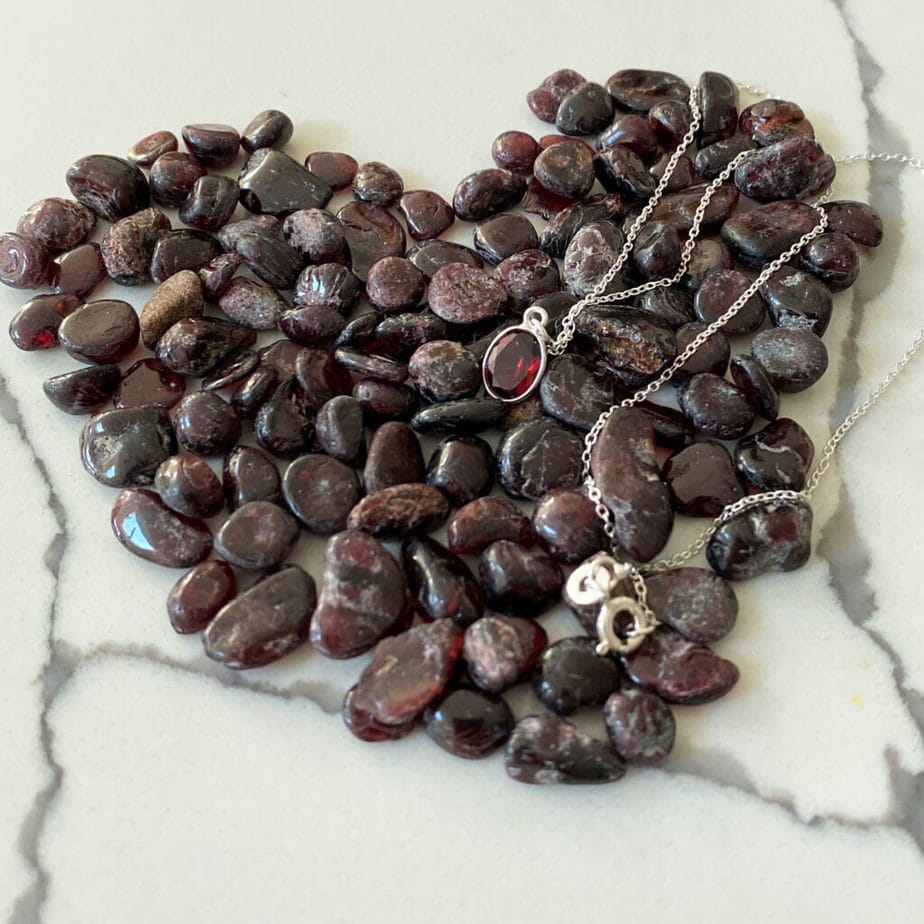 What is garnet and where is it found?

Garnet is actually a group of several minerals. All varieties of garnet possess similar physical properties and crystal forms but differ in chemical composition. Five of these varieties – pyrope (from the Greek pyrōpos, which means ‘fiery-eyed’), almandine, spessartine, grossular and andradite – are used as gems. Pyrope and almandine range from purple to red, spessartine is found in oranges and yellows and andradite is mostly yellow to green (demantoid is the green gemstone variety of andradite and is one of the most expensive of all garnets). Grossular may have the widest range, from colourless through to yellow, reddish orange and orangey red, as well as a strong vibrant green called tsavorite. Tsavorite has a particularly high brilliance and very few inclusions; it is found exclusively in the stunningly rugged Tsavo region along the Kenyan and Tanzanian border.

Bohemia (now part of the Czech Republic) used to be the primary source of the red pyrope garnets so popular during Victorian times. First discovered in Russia’s Ural Mountains in the 19th-century, green demantoid garnets were prized by the Russian royal family and used by the revered jeweller Peter Carl Fabergé (1846–1920). Today, garnets come from many different regions and countries; Africa supplies much of the world’s garnet – Namibia now produces demantoids and most of the bright green tsavorites come from Kenya, Tanzania and Madagascar. Namibia and Tanzania are also key sources of the rich orange-to-yellow spessartine garnets. The birthstone for January is also found in Myanmar, Brazil, Iran, Afghanistan, Pakistan, India and Sri Lanka, among other countries.