The bluey green hues of aquamarine evoke the colour of the sea. From the beryl family (same as emerald), it’s attributed with physical, mental and emotional balancing qualities.

This is a simply stunning gemstone that ranges in colour from a greenish blue or a bluey green through to a pure blue and varies in tone from very light to quite dark. Heat treatment and cut can both influence the colour, to make it appear bluer and can increase its value.

When set as a piece of jewellery, such as a necklace or earrings, the gemstone is generally paired with metals such as silver and white gold as the colour combination works beautifully together and can add a gorgeous summery feel to an outfit or a touch of ice blue glamour during the winter season.

Aquamarine rates a 7.5 to 8 on the Mohs hardness scale making it one of the more scratch resistant gemstones. However, it can be brittle making it easy to chip upon heavy impact. A soft cloth or brush and mild soapy water is the safest way to clean your aquamarine jewellery.

The gemstone works very well as a centre stone in a cocktail ring or large pendant because of its clarity, lustre and accessibility in large sizes, even up to 10 carat stones. Most jewellery now holds faceted aquamarine stones but they can be cut as a cabochon.

As well as March’s birthstone, aquamarines are traditionally given as a 19th wedding anniversary gift. In medieval times, aquamarine was said to enhance the happiness of marriage and in Buddhism, it is the traditional gift from a husband to his wife the day after their wedding because it is believed to promote a happy marriage. Even today, it’s thought of as a stone of love and spirituality, with a protective element – the perfect gift for a loved one!

The word ‘aquamarine’ comes from the Latin for seawater and ancient mariners thought the gem would calm waves and keep sailors safe at sea. It is still used as a protective stone at sea and for all forms of travel. As aquamarine is so inextricably linked with the sea, the stone’s spiritual benefit is one of cleansing. The gemstone evokes the purity of the sea’s crystal blue waters and the feeling of relaxation that the sea brings. Not only this but its rich colour has long been a symbol of youthfulness, good health and hope.

Aquamarine has a long history rooted in ancient Greece and Rome and has been used in jewellery for at least 3,000 years. In the Middle Ages, it was rumoured to protect its wearer from poisoning, a common worry at the time! Christians believe it’s the stone of St Thomas as he’s the saint of mariners and they once believed that aquamarine jewellery provided safety on the seas, just like their Roman ancestors.

There are many famous aquamarines including the world’s largest cut aquamarine, the Dom Pedro. Found by miners in Pedra Azul, Minas Gerais, Brazil in the 1980s, the original rough crystal measured almost three feet long (91 cm) and weighed almost a hundred pounds (45 kg or 225,000 carats). Accidentally dropped, the specimen broke into three pieces and the Dom Pedro was the largest, named after the first two emperors of Brazil. For a year, the famous gem cutter Bernd Munsteiner worked on the stone, cutting, faceting and polishing it, and transforming it into an incredible obelisk. It now resides in the Smithsonian Museum.

Queen Elizabeth owns an aquamarine parure (matching set) including a tiara featuring several Brazilian aquamarines. In 1957, she commissioned the tiara from Garrard to match her existing aquamarine necklace and earrings. She had the platinum piece set with aquamarines and diamonds she received from Brazilian President Getúlio Vargas as a coronation gift in 1953. 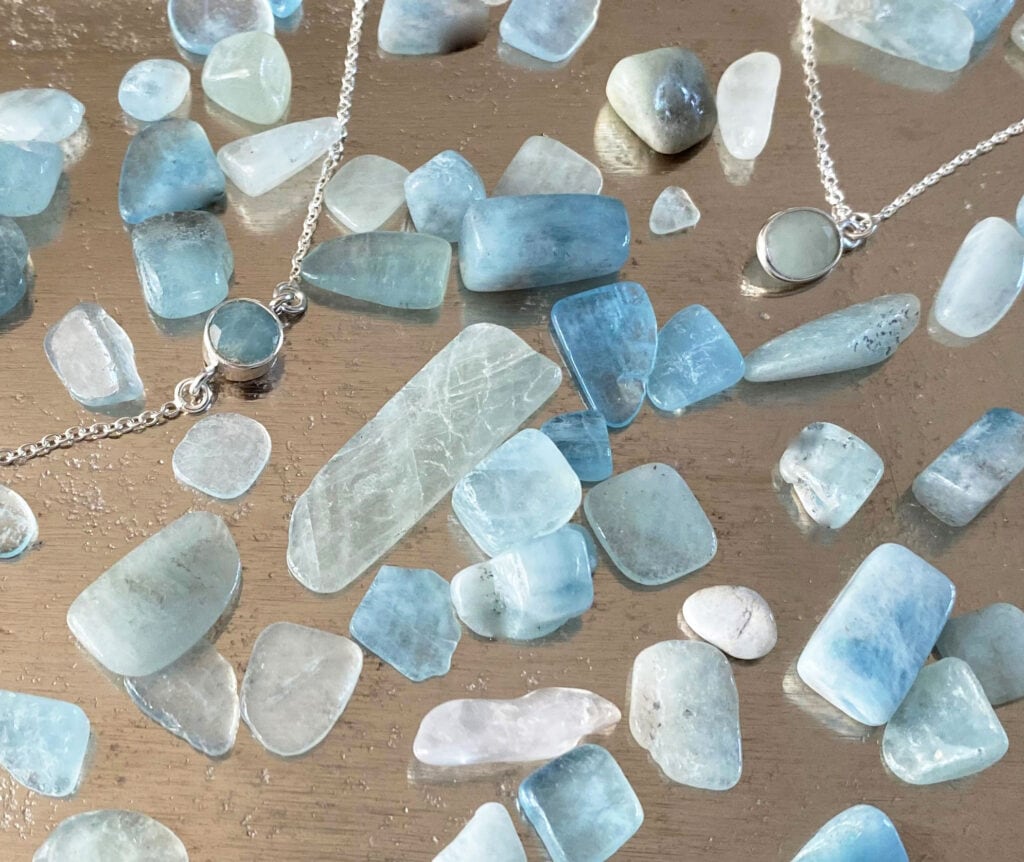 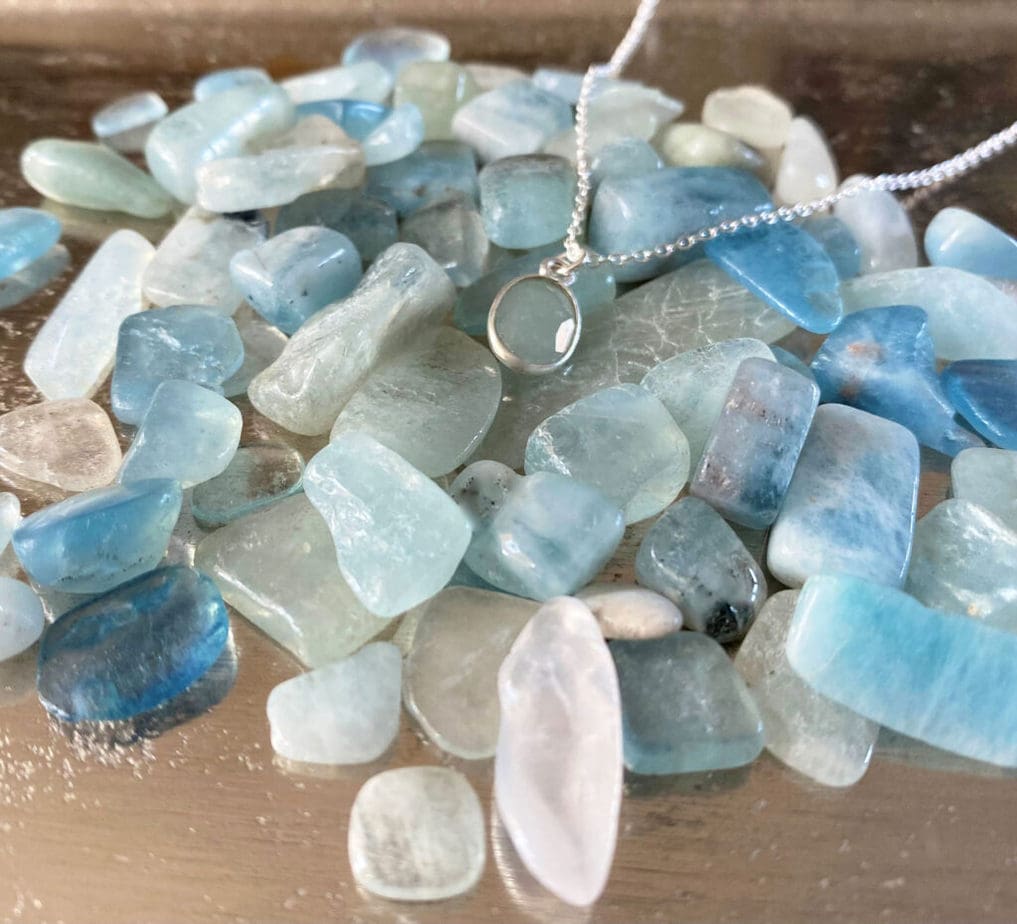 What is aquamarine and where can you find it?

Aquamarine often occurs as hexagonal-shaped long prismatic crystals but the top of the crystal can be flat. These crystals are found in both igneous and metamorphic rock as long as there’s enough beryllium to make a crystal. In the 1950s, a famous deposit of aquamarine was found in Minas Gerais, Brazil, and the gemstones found became known as Santa Maria Aquamarines. Many gemstones from this location are highly-prized for their unusually deep blue tone. Today, the term ‘Santa Maria’ may be used to describe a particularly lovely blue colour aquamarine.

Brazil is still one of the world’s major sources of fine aquamarine gems but the stone is also found all over the world. For example, Madagascar has more than 50 areas that produce good-quality blue crystals. It can also be found in countries such as Kenya, Nigeria, Madagascar, Zambia, Tanzania, Pakistan, Sri Lanka, Australia, Myanmar, USA and Russia.